Some applications of MarvinSketch in chemical education

Some applications of MarvinSketch in chemical education

Many of us involved in teaching organic chemistry will recognize the benefit of having students actively engage in problem solving. Not only does it encourage students to review lecture material, but it also provides them with an opportunity to both apply that material and identify gaps in their understanding. Over the past few years, several commercial, online platforms have been developed to give students practice in organic chemistry problem solving. The key feature of these platforms is the ability to draw molecules. In many cases, these platforms are bundled with textbooks and the questions closely mirror the textbook content. One of the obvious drawbacks of these commercial platforms is the additional cost, which must be borne by the student or the institution. Additionally, the content may not necessarily be suitable for non-chemistry majors e.g. pharmacy students. 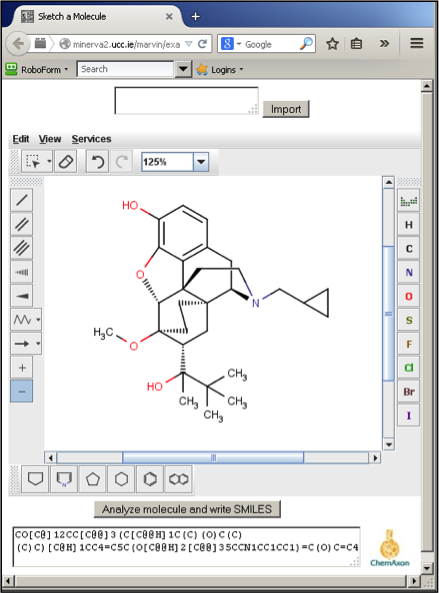 We have previously described our SOCOT (Structure-based Organic Chemistry Online Tutorials) approach which seeks to provide a similar experience for students at minimal cost.[1] SOCOT relies on MarvinSketch, a freely available, chemical editor from Chemaxon.[2] As MarvinSketch comes in the form of a JAVA applet, it can be easily delivered across the internet. Students can draw chemical structures in any JAVA-enabled web browser. Once satisfied with their answer, the student then converts their structure into SMILES (Simplified Molecular Input Line Entry Specification) via MarvinSketch (Figure 1). SMILES is simply a textual representation of a molecular structure. This SMILES answer can then be passed to a VLE (e.g. Blackboard) which compares the student’s answer with the tutor’s. If both strings match, the answer is marked correct and if not, additional feedback may be made available via the VLE. We have used this approach extensively in first year undergraduate teaching. Colleagues in other institutions have similarly used this approach with final year undergraduates studying advanced synthesis and retrosynthesis. Colleagues elsewhere have employed SOCOT as a means of encouraging final year students to refresh their knowledge of material covered in the second or third year of their degree. In this article, we will present some other ways in which we have made use of SOCOT and MarvinSketch.

An understanding of how drug structure relates to acidity (pKa), lipophilicity (LogP) and metabolism is central to medicinal chemistry. In an attempt to give our final year pharmacy students a better appreciation of these concepts, we created several short, online videos which recapped these fundamental concepts. These videos were supplemented by a series of SOCOT-based assignments with the aim of testing students’ ability to relate pKa and LogP to drug structure and to predict the expected metabolites of same. A typical question concerns the ACE inhibitor enalaprilat and its prodrug, enalapril (Figure 2). In the question, it is explained that while enalaprilat has excellent intravenous activity, it has very poor oral bioavailability. By contrast, enalapril has significantly better oral availability. This can rationalised by examining the differing pKas of the two drug molecules. The student is asked to draw in MarvinSketch the predominant forms of enalaprilat and of enalapril which exist at pH 6.5 in the small intestine. The student must apply the Henderson-Hasselbalch equation to determine which of the sites in each molecule is protonated at pH 6.5. In subsequent feedback, it is highlighted that the prodrug is ionised at only one site in constrast to the active compound, which is ionised at three sites. 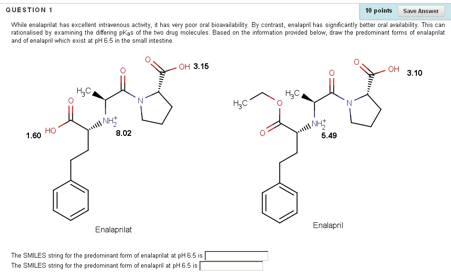 Figure 2.  Students are asked to identify the predominant form of a drug and the corresponding ester prodrug at pH 6.5

One of the beneficial features of using MarvinSketch is the ability to directly import complex drug structures, thereby eliminating simple transcription errors by students. MarvinSketch can automatically import the structures of many common drug compounds based on their name alone e.g. aspirin or morphine. For compounds not in the MarvinSketch database, the tutor can simply predraw these, save the file in the MarvinSketch format (e.g. filename.mrv) and upload the file to the webserver. The student subsequently types the filename into MarvinSketch to retrieve it, modifies the molecule as required and then converts their modified structure to SMILES.

In an effort to give students additional practice in spectroscopic structure determination of organic compounds, we created a series of online assignments. These assignments followed the same approach as SOCOT, incorporating a series of online questions which the student has to attempt by a weekly deadline. After the deadline had passed, feedback in the form of a full solution was provided for incorrectly answered questions. Among the different question types employed, we made use of MarvinSketch to test the students’ ability to identify fragmentation ions in electron ionisation mass spectrometry. In a typical question, the student is asked to identify the fragment ion of a particular mass (Figure 3). 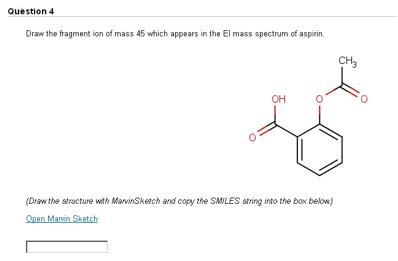 Figure 3.  Students are asked to identify a fragment ion which appears in the EI mass spectrum.

Asymmetric synthesis and manipulation of molecules in 3D

When applying the Felkin-Ahn model to predict the outcome of a diastereoselective reaction, the ability to take molecules in perspective and redraw them in their correct Newman projection is a critical skill. However, many students struggle with 3D visualisation and manipulation of molecules. While we strongly advise students who have difficulties with these concepts to purchase molecular models, this advice usually goes unheeded! Therefore, we have sought to make use of MarvinSketch as a means of providing students with hands-on experience of manipulating molecules in 3D. Ultimately, the aim is to help students in the process of moving from perspective to Newman projection and vice versa.

We have created a series of step-by-step videos which slowly walk the student through the visualisation and manipulation of molecules as it applies to the Felkin-Ahn model. MarvinSketch incorporates the ability to freely manipulate molecules in 3D. At each stage, the student is asked to replicate the actions in the video. A simple example is shown in Figure 4 where the student is asked to progressively rotate a molecule such that it matches its Newman projection. Students are also free to create their own molecules in MarvinSketch and manipulate them in 3D. 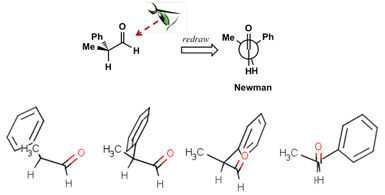 Figure 4.  Students are asked to progressively rotate a molecule in MarvinSketch such that it matches the Newman projection shown above.

As recently announced, support for all JAVA plugins is due to be phased out for most web browsers in late 2016.[3] This obviously has implications for the MarvinSketch JAVA applet. Thankfully, the company behind MarvinSketch have been developing a Javascript version of MarvinSketch, called MarvinJS.[4] Unlike JAVA, Javascript is fully supported on modern browsers. This change brings some technical challenges. One of the features of the MarvinSketch JAVA applet is that all processing is done client side (i.e. on the student’s PC) including the conversion of structures to SMILES. By contrast, though the native MarvinJS chemical editor will readily run on any basic webserver (e.g. Apache), it cannot convert molecules to SMILES in this form. With MarvinJS, a separate JChem Web Services application must be installed server side (e.g. Tomcat) to allow for conversion of structures to SMILES.[5] While all of this is invisible to the student, it does require more effort from the tutor’s perspective in terms of setup. For those without access to webservers or technical support, an alternative is to have students download and install the MarvinSketch application directly on their PCs. Obviously, this assumes that all students have access to PCs and are free to install third party software.

Though the move from the MarvinSketch JAVA applet to MarvinJS brings some technical challenges, it also brings opportunities. Chief among these is the ability to run MarvinJS on any modern web browser, including those found on tablets and smartphones. MarvinJS will happily run on your iPad or Android tablet (Figure 5). This opens up the interesting possibility of using MarvinJS for in-class quizzes or flipped classroom problem solving sessions. 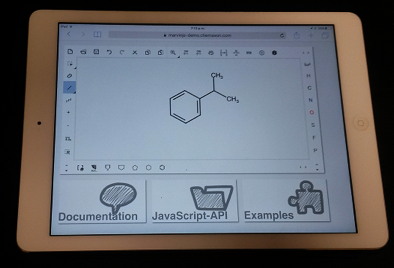 Tell the community what you're doing in your classroom. Have news to share? Submit a snippet by uploading a News item.