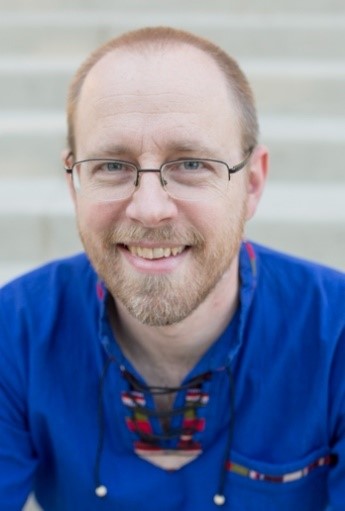 David Vosburg is Professor of Chemistry at Harvey Mudd College in Claremont, California, and a Henry Dreyfus Teacher-Scholar. He earned a BA in chemistry from Williams College and a PhD in organic chemistry from The Scripps Research Institute. Prior to Harvey Mudd he was a Jane Coffin Childs postdoctoral fellow at Harvard Medical School. He has been a Visiting Scholar at the University of Cambridge and a Fulbright Scholar at the University of Guanajuato. He is a recipient of the ACS-CEI Award for Incorporation of Sustainability into Chemical Education. His research focuses on synthetic organic chemistry, molecular self-assembly, green chemistry, chemistry education, and communicating the compatibility of science and faith.

A new undergraduate organic chemistry laboratory experiment has been developed and implemented for the Ugi three-component synthesis of the topical anesthetic lidocaine with excellent atom economy. Paraformaldehyde, diethylamine, and 2,6-dimethylphenyl isocyanide were combinded and conveniently stirred at room temperature for a week in methanol with acetic acid. Students successfully collected their product by precipitation and filtration and then characterized it by NMR spectroscopy (1H, 13C, COSY, DEPT, HSQC), IR spectroscopy, mass spectrometry, and melting point analysis. Students also evaluated multiple lidocaine synthesis procedures using green chemistry principles and explored the reaction mechanisms of both traditional (N-acylation followed by N-alkylation) and multicomponent lidocaine syntheses. Results from both in-person and remote instruction versions of the experiment are included.

Lidocaine is a familiar molecule to students and instructors, as it is frequently encountered at dentists’ offices and in over-the-counter pain-relief products. Not surprisingly, lidocaine is often synthesized in undergraduate organic laboratory courses. However, the typical methods used are not especially green. The traditional route involves two steps, a corrosive acid chloride, and refluxing toluene (110 °C). A more recent version follows the same strategy but offers modest improvements in solvent (acetonitrile), reaction temperature (82 °C), and base (potassium carbonate). We chose to prepare lidocaine by a different route that would offer several green chemistry advantages over the established protocols:

Such improvements were realized through a multicomponent reaction: the Ugi three-component reaction of an aldehyde, an amine, and an isonitrile. These commercial components combined smoothly to form lidocaine in the presence of acetic acid with no heating necessary. Students set up the reaction at the end of one lab period and isolated it at the beginning of the following lab period, typically a week later. The product precipitated upon addition of hydroxide solution and was readily isolated by filtration. The median product yield and purity (judged by 1H NMR) students obtained for this experiment were 73% and 96%, respectively.

The inspiration for this project began during a sabbatical with Rocío Gámez-Montaño at the University of Guanajuato in Mexico, where we initially tried mechanochemical (grinding) methods for this reaction. It was then developed and optimized by two undergraduates and a high school student, who screened different solvents and found that methanol consistently outperformed water, ethanol, and isopropanol. While conventional heating at 65 °C for 1 h or microwave heating at 100 °C for 10 min also produced acceptable amounts of product, we determined that the purest lidocaine was obtained after one week at room temperature in methanol. This experiment reliably gives high-quality product, excites students with a product of interest to them, and provides an excellent context for analyzing spectral data, reaction mechanisms, and green chemistry.

License:
Attribution, CC BY
up
0 users have voted.