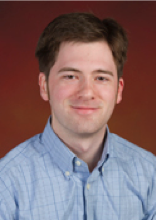 Ryan Jeske attended the Active Learning in Organic Chemistry workshop in Washington, DC in 2015. After the workshop, he decided to completely redesign his first semester organic chemistry class at Ball State University to a nearly 100% active learning format. Instead of lecturing at the chalkboard for the full 50-minute class period, the students now work in teams of 4 and solve problems presented on the screen. Most of the problems are answered via the iClicker classroom response system, taking advantage of the alphanumeric and multiple select answering features on the iClicker 2 remotes. Very little formal lecturing is used; instead, Ryan adds a small amount of lecturing/discussion at the end of each problem where he discusses the strategies used to answer the question and points out common student errors. Lecture material is presented using Khan Academy style screencapture videos. Approximately 6.5 hours of video are available. Thus, 45 hours of lecture has been distilled into less than 7 hours of online video. To help encourage students to read the text, watch videos and come to class prepared to discuss the problem set with their teammates, short quizzes are presented on Blackboard. These are due the evening before the chapter material begins, and also include one question about the videos to encourage increased viewership.
Last semester, he added a shared cloud folder to the classroom experience. Each group was encouraged to upload a photo of a drawing of their synthesis or mechanism answer, and the images were shared anonymously with the class via the projector. In this way, he was able to show some common student errors; also, this allowed students to see actual student drawings and responses, rather than the instructor’s correct version drawn on the screen, or just the Chem Draw version supplied in the answer slide of the problem set. Towards the end of the semester, participation in this activity started to decrease, so, during the upcoming semester, Ryan plans to randomly award clicker points to groups that submit photos in the hopes of encouraging more participation.
Anonymous surveys using a qualitative Likert scale have been administered at the end of the past 4 semesters. Ryan has found that 60% of students reported that they thought that they learned more with the active learning format, 71% were more confident at the end of the semester than they anticipated at the beginning of the semester, and 62% would be interested in taking another class using the active learning format. Importantly, only 21% said they would not want to take another class in this format. While the grade outcomes were about the same as previous semesters Ryan taught using a traditional chalkboard format, there was decrease in the withdraw rate, 10% vs. 2.5%.  Positive written comments included:
“I liked that we could get other students’ insights and that some were able to explain it in a different way than Dr. Jeske”
“[I liked] seeing and working out problems before a test.”
“[The class] wasn't boring and I could stay focused.”
“I was able to teach my group after reading the book and doing the practice problems.”
For the upcoming semester, Ryan plans to incorporate more friendly competition into his classroom. He plans to offer teams extra participation points for high performance on quizzes and exams, and he plans to add some team quizzes each week as part of the problem set. It is hoped that these activities and rewards will increase the sense of comradery and teamwork amongst the team members.